A team of skilled developers is ready to help you. Send us a message or drop by one of our offices.

In 2010, Norweb AS was established by Svein Iversen and Agnar Ødegård. Both then worked at Sør-Trøndelag University College. The idea for Norweb's first product, Edutorium, came as a result of Svein and Agnar being close to the professional staff's frustration over cumbersome processes and poor system support. "There must be a way to do this better!".

The Norwegian higher education sector has undergone a major development in the last 10 years, and Norweb has been involved all the way. The institutions have undergone mergers, increased digitization and an increasing focus on quality. The close collaboration we have had with our good (and demanding) customers has led to Edutorium today appearing as a mature and robust product. At the same time, Norweb has taken the step over to new areas. Data analysis, decision support and artificial intelligence have been technical disciplines we have been curious about. New employees have arrived, with experience from new industries. And this is how Norweb has grown into Ginntech. A tech company with more products, a broader customer base and more committed employees.

In 2021, Edutorium will be launched internationally. The first step is to our neighboring country in the east. This is the start of what we believe will be an international adventure.

Svein is one of the company's founders and has experience from both private and public educational institutions, including Sør-Trøndelag University College (HIST). He has been our CEO since 2010.

Agnar is one of the company's founders and has experience from several colleges, such as HIST and NTNU. He has worked both as a teacher and as a part of the administrative staff. He is a trained physicist, but has worked as a IT-developer for many years. He has led the technical team at Ginntech since 2010 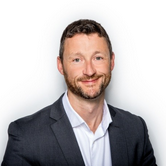 Eivind has extensive experience from both  public and private sector. He worked for several years as director of study quality at BI Norwegian Business School, becoming familiar with the everyday work of the administrative staff at a college. Eivind has also worked as Department Director in the Norwegian Directorate of Health and as publishing director av Gyldendal Akademisk.